Otherworlds Imprint Release – The Price of Mercy by Gloria Oliver 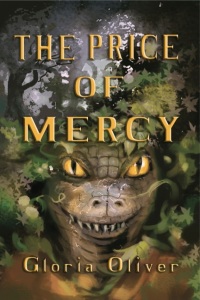 Which is worse...the monster within or without?

Jarrin Lestrave thought things were bad when he was forced to become a gigolo to a lusty baroness. When she drops him for a new lover, he sneaks into an imperial ball hoping to find a new patroness. Yet when the moment comes, he leaves his mystery lady with nothing more than a kiss.

Before the next day has barely begun, Jarrin is condemned for treason, his attempted escape thwarted by the mysterious Twelve. Then he learns his sentence: immortal life as a monster in the service of the emperor for despoiling the woman he left untouched in the garden–Her Imperial Highness Princess Yolandra.

Available in trade paperback, and in ebook for Kindle and NOOK .

View this document on Scribd

Posted by Gloria Oliver on June 18, 2011 in Zumaya Otherworlds